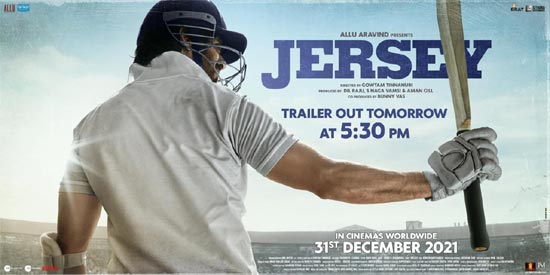 Jersey was a big hit in Telugu and it is now being remade in Hindi with Shahid Kapoor and Mrunal Thakur as the main leads.

The film is ready for a release soon and now the news is that the trailer of the film will be out tomorrow evening.

Allu Aravind, Naga Vamsi, and Bunny Vas jointly produce this film along with Dil Raju. Shahid Kapoor will be seen as a cricketer in this film which is directed by Gautam Tinnanuri.

The film is an award-winning emotional drama and we need to see how Shahid has reprised Nani’s role.