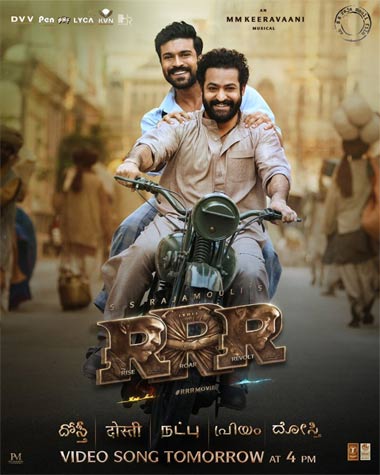 Rajamouli, Jr NTR, Ram Charan’s RRR went on a sensational run at the box office. The film has grossed over Rs 1000 crores worldwide.

Coming to the topic, the stage is set for the arrival of Dosti song from RRR. The makers have announced that Dosti full video song will be out at 4 PM tomorrow.

A related poster with the song release time imprinted has been unveiled to publicize the same. Dosti has great prominence in RRR’s narrative and the makers have now decided to unveil the song.