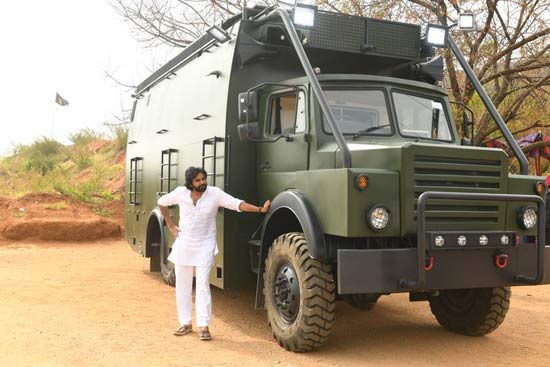 Powerstar Pawan Kalyan is one of the top stars in the Telugu industry. He is busy with the shoot of his next Hari Hara Veera Mallu. The actor is also occupied with his political party Janasena and is allotting time both for his political activities and movies.

Pawan has been making arrangements for a while to take a tour across the Telugu states to know the issues of the common public. Just a while, he tweeted that the vehicle Varahi is all set to begin the election battle.

The vehicle has been specially designed for the star actor to make his election campaign, and a short video of the same was revealed in this tweet. With this, the political heat is expected to rise in Andhra Pradesh in the coming days.