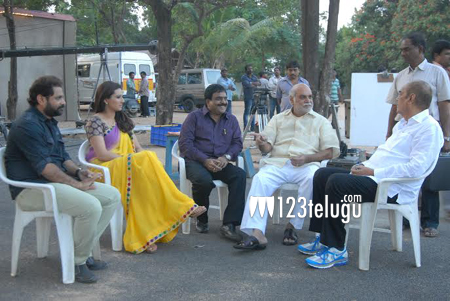 Allari Naresh will soon be seen in E Satti Babu’s upcoming comedy film. Ambika Krishna and Reliance Entertainments are jointly producing this film and it’s the remake of a Tamil film titled Kalakalappu. Currently, the film’s shooting is going on in Ramoji Film City.

The film was recently shot for a week in Nanakramguda during which several important scenes and a song was shot on the lead cast. Movie mogul Dr D Ramanaidu, K Raghavendra Rao visited the sets of the film and sources say that they inquired more details about the film. Ambika Krishna and E Satti Babu were thrilled to hear the feedback.