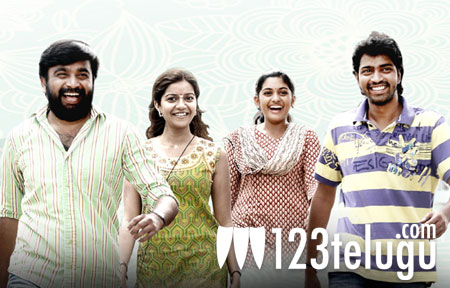 A Tamil film titled Porali is going to be dubbed in Telugu. Allari Naresh, Sasikumar and Swati are playing lead roles in the film. Samuthirakani, who had directed Shambo Shiva Shambo, is directing this film which is touted to be an action thriller. Allari Naresh had done a crucial role in Shambo Shiva Shambo and Samuthirakani was quite impressed with his acting skills and offered him the lead role in Porali. Most part of Porali was shot in Kerala and Tamil Nadu. K L Damodhar Prasad and Vedaraju Timber are jointly producing the Telugu version. They had recently produced Allari Naresh, Sneha Ullal starrer Madatha Kaaja. Porali’s Telugu title hasn’t been confirmed yet and the producers stated that they would make a formal announcement about the film’s title and release date soon. Kathir is the cinematographer and Sundar C Babu has composed the music.