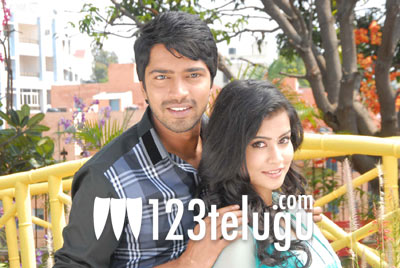 Comedy King Allari Naresh is going to appear as a comical young man in his upcoming movie ‘Kevvu Keka’. He keeps telling everyone that whatever he does “chirigi chaatantha avtundi” and true to his word he does just that. He is not someone who likes to do anything in a simple way. To find out what antics he plays on screen,director Devi Prasad suggests that we wait for the movie. He says “I have not worked with Naresh after ‘Blade Babji’, so I am enjoying myself now. The movie will live up to its title”

Boppanna Chandra Sekhar is the producer and filming is currently on in Hyderabad. The movie will feature star comedians like Dharmavarapu, M.S. Narayana and Ali. The movie’s shoot is progressing at a rapid pace and Chinni Charan is scoring the tunes.

Sharmila Mandre is the heroine in the film.