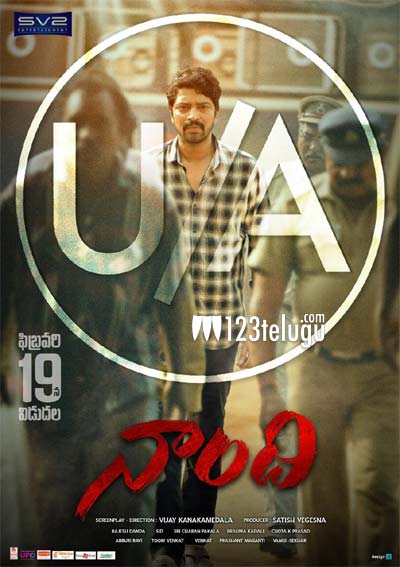 After appearing in a series of comedy entertainers since the beginning of his career, hero Allari Naresh has changed tracks and acted in an intense and emotional courtroom drama, titled Naandhi. The film is gearing up for release on February 19 amid a decent buzz.

Naandhi has completed its censor formalities this evening. The CBFC has passed the film and gave it a UA certificate. The film also features popular Kollywood actress Varalaxmi Sarathkumar in a crucial role. Directed by debutant Vijay Kanakamedala, Naandhi has been produced by Satish Vegesna under SV2 Entertainment banner.