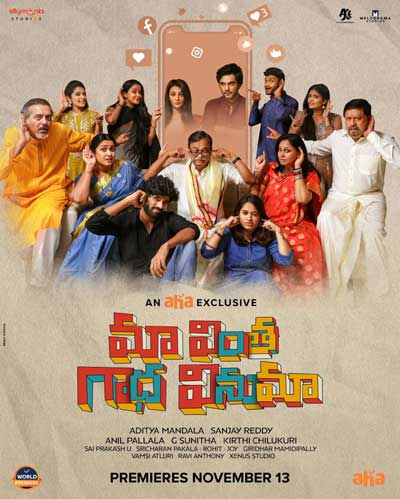 Veteran producer Allu Aravind has been on a buying spree for his OTT platform, Aha. He has acquired several Tollywood movies over the last few months and gave them a direct release on Aha, the latest being Colour Photo.

This evening, Allu Aravind released a special video to announce his latest acquisition for Aha, a youthful entertainer titled Maa Vintha Gaadha Vinuma. The film has young stars Siddhu Jonnalagadda and Seerat Kapoor, who last shared screen space with each other in the Netflix film, Krishna and his Leela.

Maa Vintha Gaadha Vinuma features an interesting concept and it’s been directed by debutant Aditya Mandala. The film will have its digital premiere on November 13. Silly Monks and Melodrama Studios banners bankrolled the film.