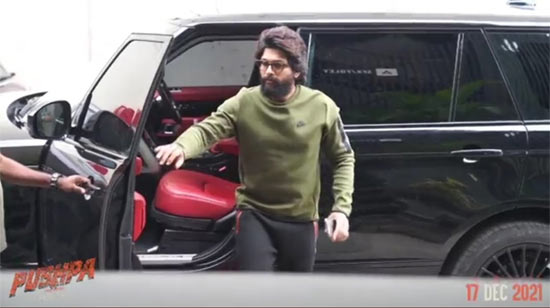 With the entire team racing against time to ensure that Pushpa The Rise hits the silver screens on December 17, hero Allu Arjun is leaving no stone unturned to support the makers. The actor commenced dubbing for his role before he left for Dubai to celebrate his daughter Allu Arha’s birthday. The makers today released a video that showcases Bunny in a cool and stylish avatar.