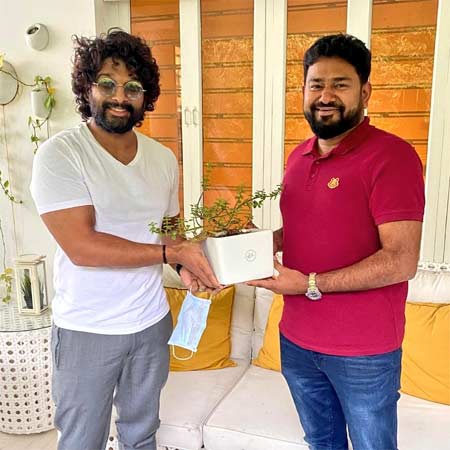 Recently, a crazy pan-Indian film in the combination of director Sukumar and hero Vijay Deverakonda was announced and it got everyone talking. The film is being produced by a newcomer named Kedar Selagamsetty under his Falcon Creations.

Kedar is a good friend of star hero Allu Arjun. The Stylish Star met Kedar and personally congratulated him on his foray into film production with such a crazy project. Needless to say, the film will now get an additional support from all the fans of Allu Arjun.
Attachments area