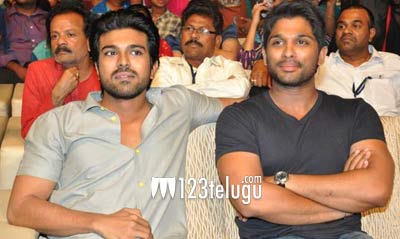 Stylish Star Allu Arjun has a good market in Malayalam. His films have earned good revenues in Kerala and he is the most recognised Telugu actor in the state. Now he has helped his cousin Ram Charan in an unexpected way.

Ram Charan has tried to make inroads into the Kerala market, but he has not succeeded until now. But things have changed with ‘Yevadu’. The movie has been well received in Malayalam, where it was released as ‘Bhayya’. The presence of Allu Arjun helped the film commercially and the movie’s revenues have crossed the 1 Crore mark in Kerala.

Charan and Allu Arjun are quite happy with this development. Vamshi Paidipally has directed this movie and Dil Raju has produced it. Devi Sri Prasad composed the music.