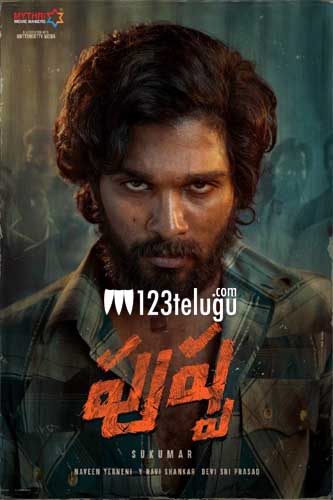 This morning, on the occasion of Allu Arjun’s 37th birthday, the makers of his most eagerly awaited 20th film announced the film’s title, Pushpa. What’s special about Pushpa is that the film will be simultaneously releasing in Telugu, Tamil, Kannada, Malayalam and Hindi.

Apart from the twin Telugu states, Bunny has a huge fan base in Kerala. He also enjoys a decent fan following in Karnataka and Tamil Nadu. And coming to North India, most of Bunny’s films are dubbed in Hindi and they clock millions of views on YouTube, reiterating his popularity across the country. Needless to say, all eyes will be on Pushpa. The film hits screens in summer next year.

First Look and the Title of my next movie “ P U S H P A “ . Directed by dearest Sukumar garu . Music by dearest friend @ThisIsDSP . Really excited about this one. Hoping all of you like it . @iamRashmika @MythriOfficial #MuttamsettyMedia pic.twitter.com/G8ElmLKqUq