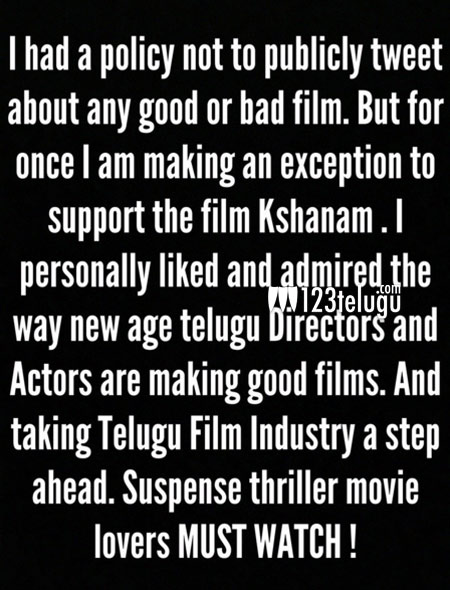 Stylish Star Allu Arjun, who seldom tweets or shares his personal views about any film has made an exception for the recently released Kshanam. The talented actor heaved praise on the film and everyone associated with it.

Bunny posted his thoughts on his twitter handle and spoke very high of makers saying that they have taken Telugu cinema to another level. Right from the day of its release, Kshanam has been drawing huge applause from all over.

Directed by Ravikanth Perepu, this film has Adah Sharma, Anasuya and Adavi Sesh in lead roles. PVP Cinema is the production house.