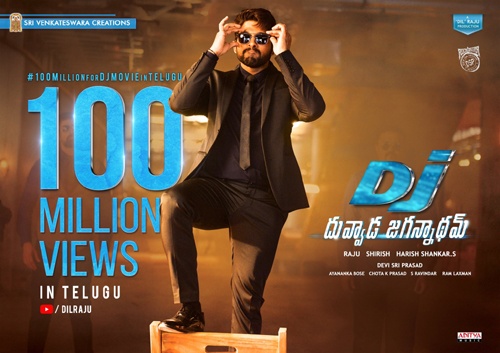 Released in June, 2017, Allu Arjun and Pooja Hegde’s high budget action entertainer, Duvvada Jagannadham, went on to become a huge money-spinner at the box-office. Directed by Harish Shankar, this commercial potboiler had its YouTube premiere in December, 2017.

Now, DJ has clocked over 100 million YouTube views, becoming a massive success even on the digital platform. Bunny’s performance in his dual avatars as an Agraharam Brahmin and a vigilante wowed his fans. On the other hand, Pooja’s glamour and Devi Sri Prasad’s chartbuster songs were the major highlights of this Dil Raju production.