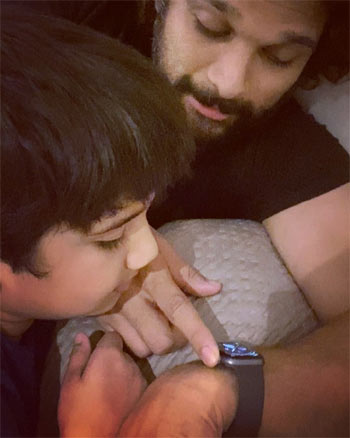 Hero Allu Arjun often shares some cute videos of his children, Allu Ayaan and Arha, on his social media accounts. In a latest video, Ayaan’s cute conversation with Siri on Bunny’s Apple Watch is amusing all the Allu fans.

In the video, Ayaan asks if Siri is his uncle Allu Sirish. Even as Siri goes clueless, Ayaan continues to ask it – “When will you get married?”. To this, Siri tells Ayaan that it doesn’t have answer to his question. Joining the fun banter, the Stylish Star wrote, “Apple Siri and Allu Siri don’t have an answer for that.”