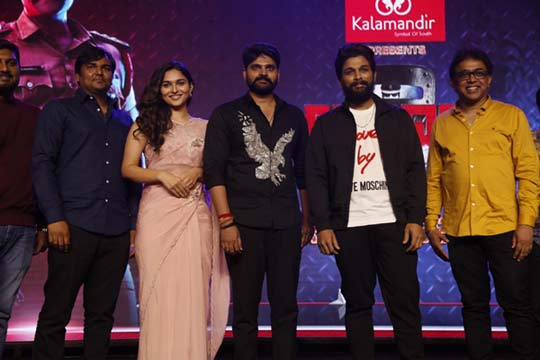 Sree Vishnu starrer Alluri is getting ready for a grand release on 23rd September. The film’s pre-release event was held today in Hyderabad and Icon star Allu Arjun was the chief guest for it.

Speaking at the event, Allu Arjun thanked all the fans and well-wishers who attended the function. The star actor wished all the actors and technicians who worked on the film the very best. Allu Arjun wished that Alluri producer Bekkem Venugopal would always make good films and added that he followed his work.

The actor said that Sree Vishnu requested him to attend the event and bless him and therefore he couldn’t deny it. The actor ended the speech by saying that only content films are pulling the audiences to theatres irrespective of whether they are big-budgeted or small-budgeted ones.