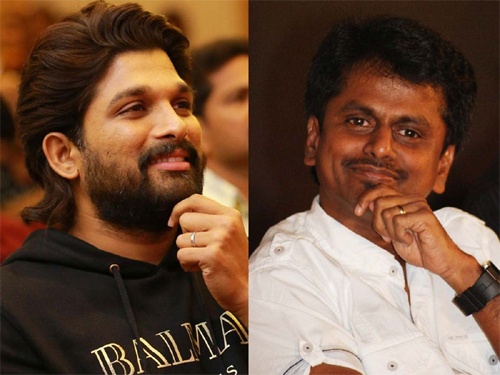 Hero Allu Arjun is currently busy with his first-ever pan-India film, Pushpa. The shooting for the film’s part 1 is nearing completion and the movie will be hitting the screens in December third week. Bunny has lined-up a handful of exciting projects for the next 3, 4 years.

Until Pushpa was announced, there were strong speculations that Allu Arjun will be joining hands with star Kollywood director AR Murugadoss for a Tamil-Telugu bilingual. But with Pushpa going on the floors, many thought that the Bunny-Murugadoss film was shelved.

But the latest buzz reveal that the project is very much on and that it will be announced in 2022 and then commence shooting in 2023. Apart from this crazy project, Bunny also has ICON, Pushpa part 2, and a film each with Boyapati Srinu, Koratala Siva and Prashanth Neel.

While ICON will begin its shooting formalities later this year, Pushpa 2’s shooting will kick-start in summer next year followed by Boyapati Srinu’s mass action drama. It is still unclear whether Bunny will commence Koratala Siva’s or Prashanth Neel’s project first.