Allu Arjun to do daredevil stunts in Iddarammayilatho?
Published on Jan 6, 2013 9:29 pm IST 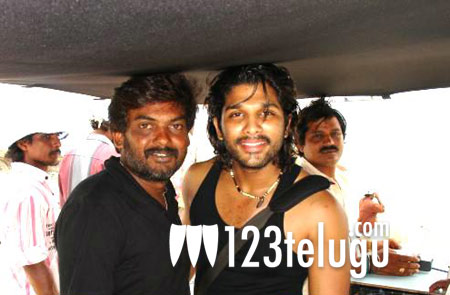 Allu Arjun’s upcoming film Iddarammayilatho is progressing at a brisk pace and it’s currently being shot in Bangkok. Puri Jagannadh is directing the film and Bandla Ganesh is producing this film under Parameswara Art Productions banner. Amala Paul and Catherine Tresa are playing the lead roles opposite Allu Arjun in this romantic entertainer. The hero’s introduction fight is being shot for the past few days in Bangkok and the buzz is that there are going to be quite a few daredevil and risky stunts in the film.

Action choreographer Kecha Khamphakdee, who had earlier choreographed dare devil stunts in films like Billa 2 and Vishwaroopam, is supervising the action sequences of Iddarammayilatho in Bangkok. Allu Arjun is going to be seen in an extremely stylish role and he has even beefed up for the role. Devi Sri Prasad is scoring the music and Amol Rathod is the cinematographer.