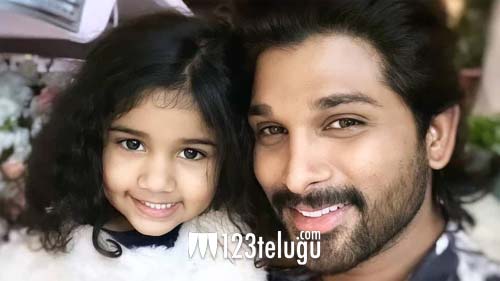 Allu Arjun is blessed with a beautiful family and has two beautiful kids in Allu Ayan and Arha. Now, the crazy buzz in the film circles is that Allu Arha is soon going to make her film debut.

The latest gossip is that Arha will be doing a lead in Dil Raju’s latest production that will be directed by a debutante named Suresh. The film has a story that is centered around a small girl and that is the reason, Arha is being considered.

Though this news is not yet confirmed, it has gone viral on social media. Allu Arha was last seen in a music video recently and is quite a bubbly girl in real life as well.

We need to see if Allu Arjun and family approve of this film in the first place.