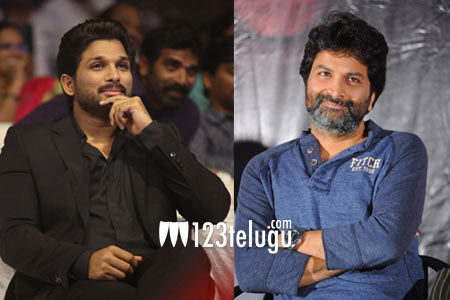 Following the disappointing outcome of Naa Peru Surya Naa Illu India, Allu Arjun turned extra cautious in choosing the right script for his next project. The Stylish Star has been in talks with acclaimed director Vikram Kumar for his next project. But so far, there has been no official update on their collaboration.

Now, if the latest reports are anything to go by, Bunny is said to be in talks with star director Trivikram for a project once again. In the past too there were reports that Bunny was holding talks with his Julayi and S/o Satyamurthy director. Apparently, Bunny wants to play it safe and come up with a mass entertainer this time around.

Meanwhile, Trivikram will be free from Aravindha Sametha’s promotional activities by October third week. So we will have to wait for a few more weeks to get some clarity on Bunny’s next project.