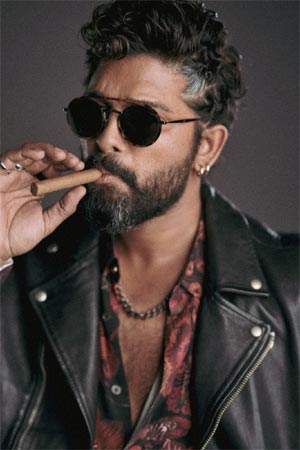 Allu Arjun has set a mighty record on Twitter with his latest tweet. The Allu hero had tweeted a photo of himself and it has clocked over 200K likes on Twitter.

Allu Arjun’s new look has evidently struck a chord with the audience and the staggering numbers speak for themselves. He has now set a social media benchmark for his contemporaries to follow.

Allu Arjun will soon be resuming Pushpa 2. He plays a rugged role in the film.