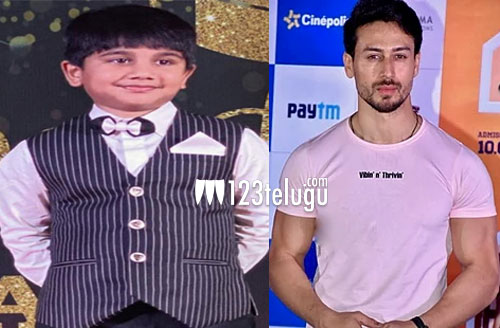 Young Bollywood action star Tiger Shroff’s latest action flick, Baaghi 3, has had a fabulous run so far. Tiger has a huge fan in Allu Arjun’s son Allu Ayaan. The Stylish Star himself took to Instagram and revealed this tidbit.

In his Insta post, Allu Arjun told Tiger Shroff that Ayaan is obsessed with his Baaghi series. Bunny went on to say that Ayaan cutely calls Tiger Shroff as ‘Tiger Squash’. In his reply, an amused Tiger Shroff told Bunny that he loved his new name and also asked Bunny to tell Ayaan that he is invited to all his film sets, not just Baaghi. 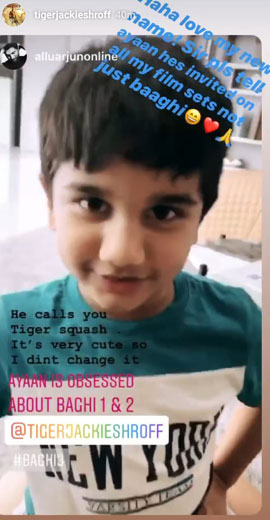