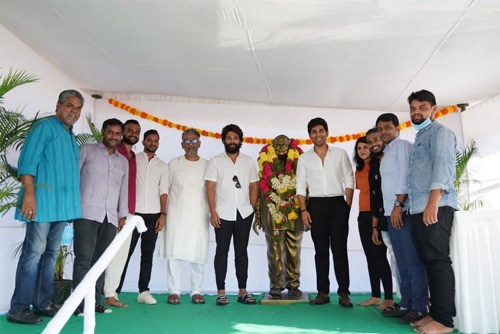 On the birth anniversary of legendary comedian Padmashri Allu Ramalingaiah, his grandsons – Allu Arjun, Sirish and Venkatesh, today inaugurated the late veteran actor’s bronze statue at Allu Studios this morning. Speaking at the event, the three brothers fondly remembered their grandfather and his contribution to the film industry.