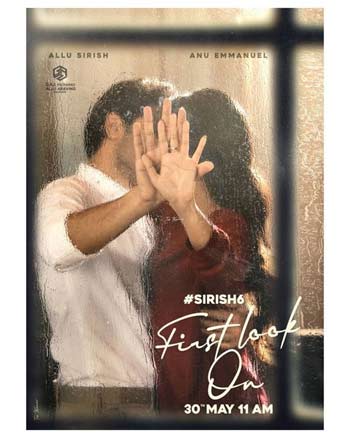 The makers of Allu Sirish and Anu Emmanuel-starrer upcoming romantic entertainer have just unveiled the film’s pre-look poster. The first look will be released on May 30th at 11 AM, on the occasion of Sirish’s birthday.

The pre-look features both Sirish and Anu embracing each other. The poster evokes romantic vibes and sets the stage right for the first look poster. The film is being directed by Rakesh Sashi, who had earlier directed Kalyaan Dhev’s debut film, Vijetha. Bunny Vas is bankrolling the project under GA2 Movies banner in Allu Aravind’s presentation.