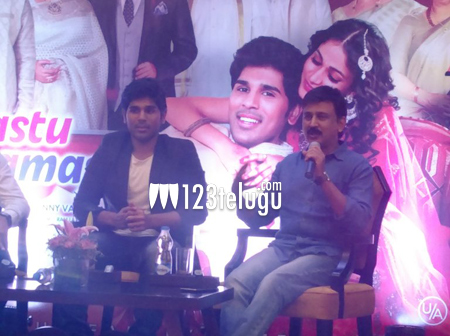 Young hero, Allu Sirish is busy in his post release promotions and in this process visited Bangalore yesterday. A success meet was arranged there and Kannada star hero, Ramesh Aravind and producer Rockline Venkatesh attended the event.

Speaking about Sirish, Ramesh Aravind said that he was very much impressed with the young hero’s performance in many emotional scenes. He also added that he would like to remake the film with Sirish in Kannada.

Directed by Parasuram, this film has Lavanya as the female lead and is doing extremely well at the box office.