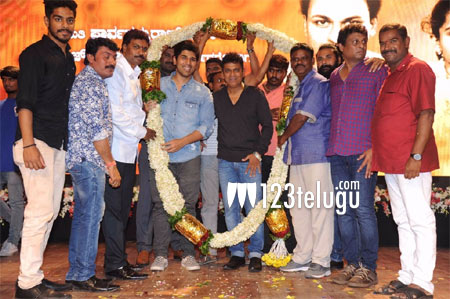 Young hero, Allu Sirish was the special guest at the trailer launch of one of the most anticipated Kannada movies, Tagaru. The film features Kannada superstar Shivarajkumar.

During the event, Sirish spoke in Kannada and thanked the makers of Tagaru for inviting him for the event. The highlight of the event was of Sirish matching steps with Rakshith Shetty and Shivarajkumar.

Tagaru is directed by well-known Kannada film-maker Duniya Soori while K P Srikanth has produced it. In addition to Shivarajkumar, Manvitha Harish, Bhavana Menon, Dhananjaya and Vashistha Simha are part of the star cast.