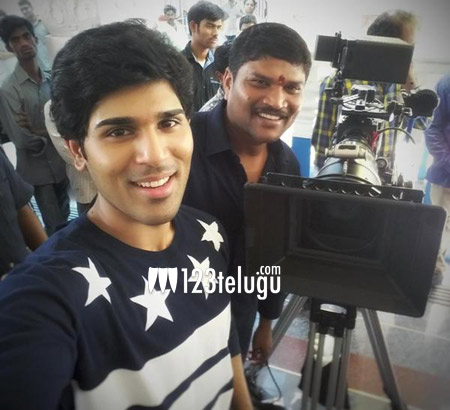 After a decent debut with ‘Gouravam’, Allu Sirish managed to impress mega fans and critics with his improved acting skills in Maruthi directed ‘Kotha Janta’. The film ended up as a profitable venture for its makers.

The young hero is now back with his latest flick in the direction of Parasuram. This youthful entertainer was launched today with a formal pooja in Hyderabad.

Reports reveal that Allu Sirish will be seen in a new look for which the young hero has already started working hard. More details of this film are still awaited.