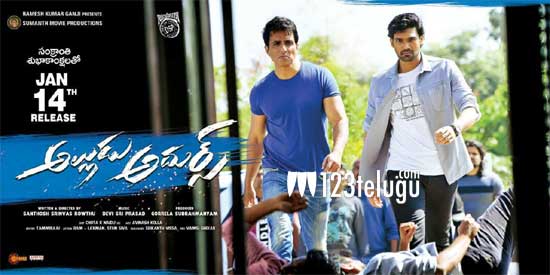 Bellamkonda Sai Sreenivas, Nabha Natesh, and Anu Emmanuel starrer Alludu Adhurs is going to release a day in advance on January 14, as per the latest reports. Earlier, the film was being planned for release on January 15.

Directed by Santosh Srinivas, the film is being touted as an action entertainer, and the trailer even left a hint about a ghost drama in the story. The team recently shot a song on Sai Sreenivas and Nabha Natesh in Kashmir.

Now, the film will compete with Ram starrer RED, which is also releasing on the same day in theatres. With the Sankranthi box office heat picking up, it will be quite an interesting clash between four films vying for attention.