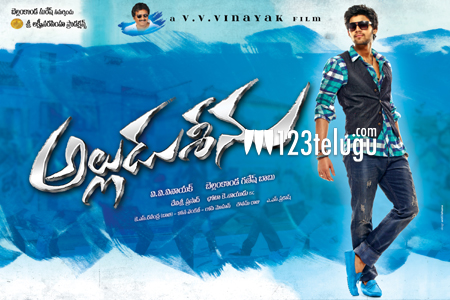 The audio of Alludu Seenu will be released on June 29th. This movie has debutant Bellamkonda Srinivas as the male lead while Samantha is playing the heroine in this film.

V V Vinayak is directing this project and Bellamkonda Ganesh Babu is producing this film. The makers are planning to release this movie on July 24th.

Bellamkonda Suresh, who introduced V V Vinayak has handed over the responsibility of introducing his son to Vinayak now. This will be a mass entertainer and It will be interesting to see how an experienced director like V V Vinayak will handle the debutant Srinivas. Lets hope this film gives the right start for Bellamkonda Srinivas.