ALVP’s chartbuster music is a result of my love for Allu Arjun: Thaman
Published on Jan 7, 2020 8:09 am IST 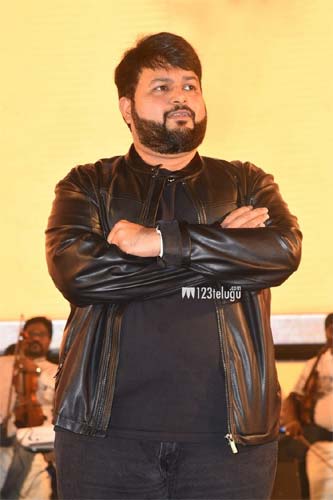 Thaman has been drenched in accolades for his chartbuster audio album for Allu Arjun and Trivikram’s Sankranthi family entertainer, Ala Vaikuntapurramuloo. Almost all the songs have become huge hits with fans and music lovers, with Samajavaragamana and Ramuloo Ramulaa being the best in the album.

Speaking at the grand musical concert last night, Thaman revealed that Ala Vaikuntapurramuloo’s superhit music is a result of his love for Allu Arjun. “Just like you people, even I’m a huge fan of Allu Arjun garu. Such great music is possible only out of love,” Thaman told thousands of fans, further adding that he never imagined the kind of massive success of the album.