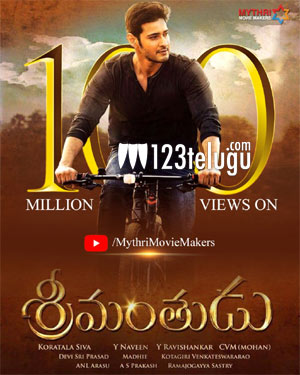 Mahesh Babu was going through a dull phase until Srimanthudu happened. Srimathudu released and changed everything as Mahesh Babu became a top star within no time.

The film has crazy popularity and now it has crossed 100 million views on YouTube and this is no mean feat. Mahesh was seen as a rich kid who comes to the rescue of the poor in the film.

Directed by Koratala Siva in this film, this film had Shuthi Haasan in a lead role and is one of Mahesh’s biggest hits in his career.