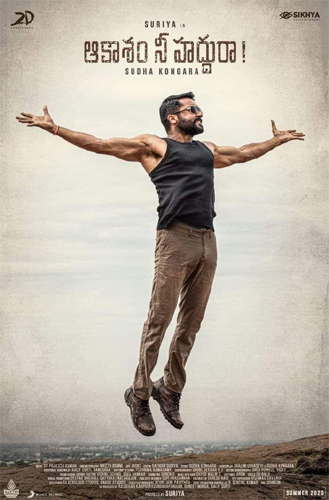 With theaters being shut till date due to the lockdown and the raging pandemic, OTT platforms became the go-to places for entertainment seekers. Leading OTT platform Amazon Prime Video acquired several small and big budgeted films for the last few months.

However, none of the movies managed to click with the critics and audiences. Noted films like Keerthy Suresh’s Penguin, Anushka’s Nishabdham, Nani and Sudheer Babu’s V and a few more movies bit the dust and pushed Amazon Prime on the edge.

But finally, Amazon Prime has scored a ‘hit’ with star hero Suriya’s Aakaasam Nee Haddhu Raa (Soorarai Pottru in Tamil). This Sudha Kongara directorial released last night and critics and fans are blown away by the story and the lead actors’ performances. Incidentally, this is the only top South hero’s film to skip its theatrical release and make it to the digital platform post the pandemic.