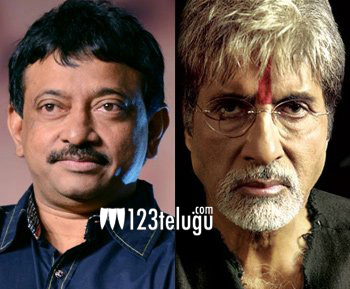 Bollywood Megastar Amitabh Bachchan and eccentric genius Ram Gopal Varma teamed up yet again for the third installment of the super hit Sarkar franchise, Sarkar 3. The film is slated for its release soon.

On many occasions, RGV expressed his regret over casting Amitabh in movies such as Aag and Nishabd, in which Amitabh was panned heavily by fans and critics.

But much to everyone’s surprise, Amitabh, in his latest interview, said that he wouldn’t mind being part of RGV’s further regrets as its RGV’s inconsistency as an artist and creator that fascinates him.

Not stopping here, Big B further said that it’s a privilege that RGV has considered making him a part of his desire to search for innovative outputs. Well, RGV must have been quite overwhelmed with his favorite hero’s statements.