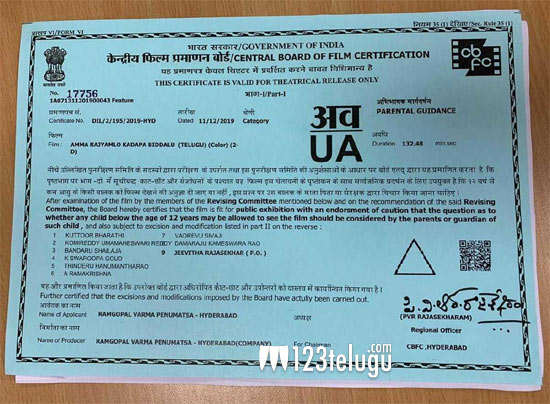 RGV’s Kamma Rajyamlo Kadapa Redlu has been in the news ever since it went on the floors. The film was finding it hard to get a censor clearance from the board.

In this process, RGV even changed the film’s title to Amma Rajyamlo Kadapa Biddalu. The news now is that the makers have obtained a censor clearance as the film received a U/A certificate.

With this, the film has been cleared for a release tomorrow. RGV is holding a special press meet where he will reveal this to the media and general audience. We need to see what has RGV in store for us in this political satire.