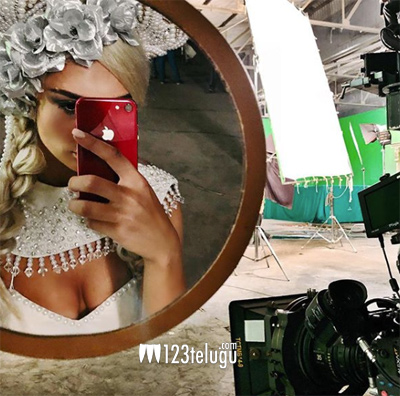 It has been a while since Amy Jackson has signed a film in any of the South Indian languages. Her long awaited film 2.0 is going to release in November this year, and in the meantime, she will make her debut in Kannada.

The actress will be playing the lead role in Villain, an upcoming Kannada film also starring Sudeep and Shivarajkumar. Amy Jackson is in Bangalore these days to shoot for a song and with this, she will wrap up her portion in the film. Buzz is that the much-hyped Kannada film might release in August this year.

Of late, Amy Jackson has been spending a lot of time with her friends in Europe and she just returned from an extended vacation in Greece. Now that her part in an American TV series Supergirl has ended as well, it remains to be seen what she does next.