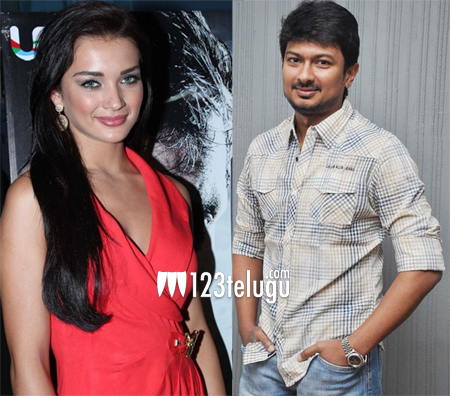 Amy Jackson has become hot property in Tamil circuit after the huge success of Shankar’s I. She has some huge offers coming her way and according to the latest Chennai reports, Amy will next star opposite mega producer turned actor Uadayanidhi Stalin.

Shooting of this film will kick start on February 20th, and Thirukumaran of Maan Karate fame will direct this film. Harris Jayraj will compose the music and Uadayanidhi Stalin produces this film on his own banner. This will be a out and out romantic entertainer.