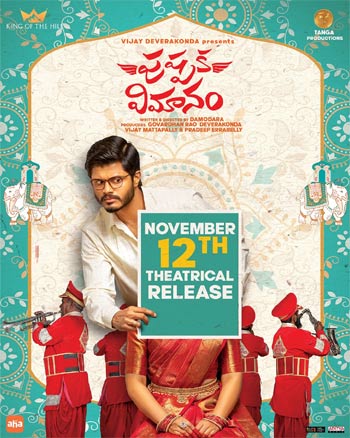 Anand Devarakonda, who is high on the success of his last film Middle-Class Melodies is signing films quite carefully. Now, he is ready with one more interesting film called Pushpaka Vimanam. It is done with its shoot

The film is a concept-based movie directed by debutant Damodar. Jointly Presented By Vijay Deverakonda’s production banner King of the Hill Productions and Tanga Productions, the film will be out on the 12th of November as per the news.

This film will showcase Anand Deverakonda as a Government school teacher. Actor Sunil and Naresh will be seen in pivotal roles and Sanvi Megha, Geeta Saayini are the female leads in this film.