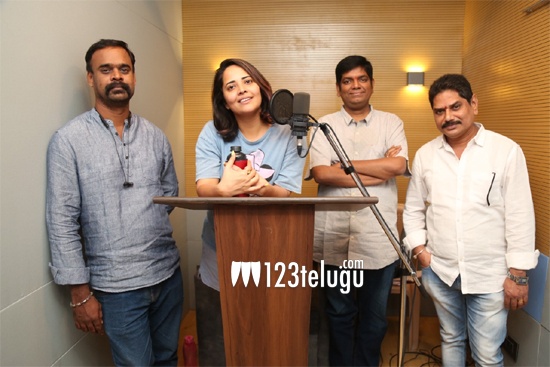 It is known that anchor turned actress Anasuya Bharadwaj will be sharing screen space with Prabhu Deva and Regina Cassandra in an interesting film titled Flashback, with the tagline ‘Gurthukosthunnayi’. The film’s shooting was wrapped up a few days ago and the post-production formalities have begun today.

Anasuya has commenced dubbing for her role in the movie this evening. Flashback is touted to be a coming of age film with a unique concept. The film is being directed by Don Sandy, who earlier directed Mahabalipuram and Gorilla.

P Ramesh Pillai is producing Flashback, while AN Balaji of Sri Lakshmi Jyothi Creations will be releasing this bilingual film in Telugu.