Anasuya to sizzle in a special song with Venkatesh and Varun Tej
Published on Dec 5, 2018 9:17 am IST 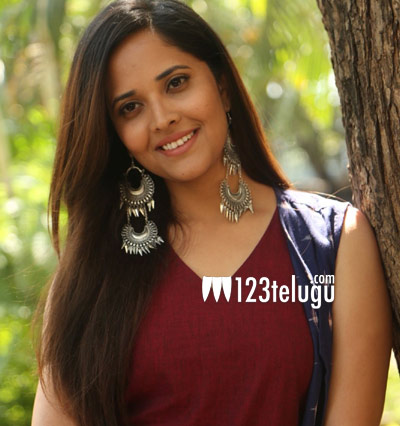 Star TV host turned actress Anasuya had earlier sizzled in a special song alongside Sai Dharam Tej in Winner. And according to the latest reports, Anasuya shook a leg with star hero Venkatesh and young Mega hero Varun Tej in the duo’s upcoming multi-starrer, F2 (Fun and Frustration).

Apparently, F2’s director Anil Ravipudi had felt that Anasuya was the perfect choice for the folksy and fun song which was shot in a specially erected village set. The song has turned out well and it is said to be one of the major highlights of F2.

F2 will hit screens worldwide on January 12. Tamannaah and Mehreen Pirzada are the film’s leading ladies. Dil Raju is the producer and DSP is the music composer.