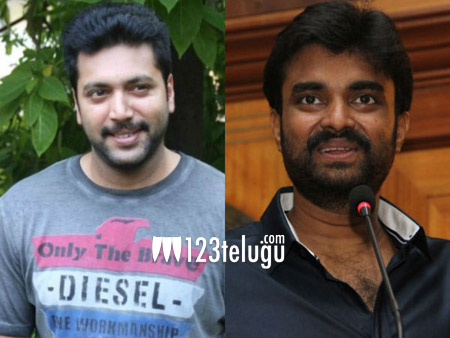 After films like Thani Oruvan and Bhogan, Jayam Ravi will soon be seen in AL Vijay’s Vanamagan (Son of Nature), in which he has played the role of a tribal chief. Sayyeshaa is the lead actress in this romantic action drama which has been shot in Vietnam, Thailand, Thalakona and Chennai.

Apparently, few years ago, when AL Vijay went to Andaman & Nicobar Islands to research for another film he was making, he saw the lives of Jarawa tribe, who live in the Andaman. “It got me thinking…they don’t have electricity, money or network. But they were still so happy. We have everything, yet our lives are so stressful. So, who really are the better people?,” AL Vijay said.

The film’s teaser went viral earlier this year and it’s gearing up for release later this year. Sayyeshaa, who made her debut with ‘Akhil’, will make her Tamil debut with this film, which is likely to be dubbed in Telugu.