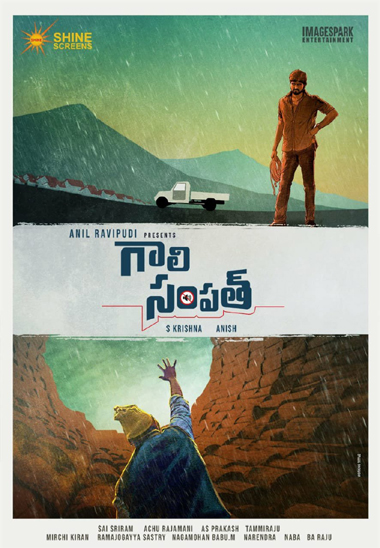 Hero Sree Vishnu’s new film has been launched earlier today. Titled Gaali Sampath, the film will showcase the bond between a father and his son. Interestingly, popular director Anil Ravipudi is turning presenter with this project. Anil will also be providing the screenplay and creative support for the movie.

Gaali Sampath will be directed by Anish. The film’s story has been written by S Krishna, who is also bankrolling it under Imagespark Entertainment banner in association with Shine Screens, the banner that bankrolled Majili and Nani’s Tuck Jagadish.