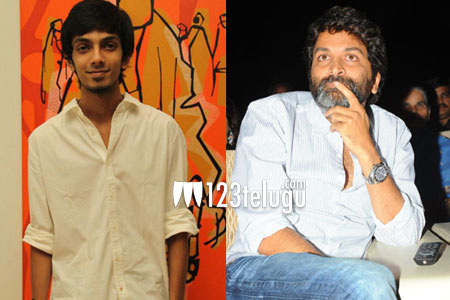 Kollywood’s young and happening music composer Anirudh Ravichander was supposed to make his Tollywood debut with Trivikram’s A.Aa. However, he missed out on the opportunity and further declined Bruce Lee and Dhruva citing busy schedule.

Of late, there have been numerous reports that Anirudh will be scoring the soundtrack for the much-awaited Pawan Kalyan’s movie under Trivikram’s direction. Anirudh spilled the beans on this project in his birthday interview for a popular Tamil media house.

Anirudh went on to say that the Pawan-Trivikram film is going to be a totally new experience. Needless to say, his statement has surely raised the expectations among fans.