Anjali shocks with her controversial avatar in the Netflix film
Published on Dec 3, 2020 9:30 pm IST 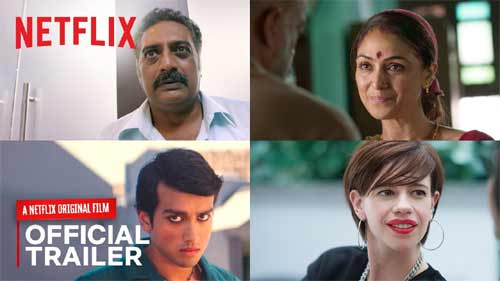 Netflix is making some interesting films in the last six months or so and the latest one to come out is Paava Kathaigal. The film is an anthology of different stories directed by Sudha Kongara, Gautham Menon, Vetrimaaran, and Vignesh Shivan for Netflix.

The trailer is out and is quite hard-hitting. Some of the noted faces are playing key roles in this film and each story has generated a big curiosity. But the story which catches the imagination is Love Panna Uttranum.

This story is quite bold and showcases Anjali and Kalki Koechlin as lesbians. Though this concept is quite normal, Anjali playing it has become a hot topic of discussion. Anjali, who always plays the girl next door, is seen as a very bold avatar in her story which is being directed by Vignesh Shivan. We need to see how the common Tamil audience reacts to this bold role of hers.