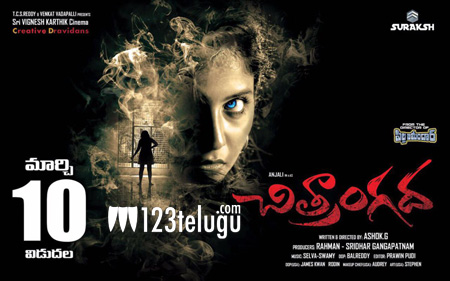 Telugu beauty Anjali is keenly awaiting the release of Chitrangada, a ‘horizontal horror thriller’ shot extensively in the USA. The film is slated to hit the screens on March 10th.

In his latest promotional interview, Chitrangada’s director Ashok revealed Anjali’s dedication during the American schedule. Ashok said they shot in the US in December in freezing cold conditions.

Ashok went on to say that Anjali floored the entire unit by giving her best performance despite the temperatures being around -13°C. Chitrangada is produced by Gangapatnam Sridhar.