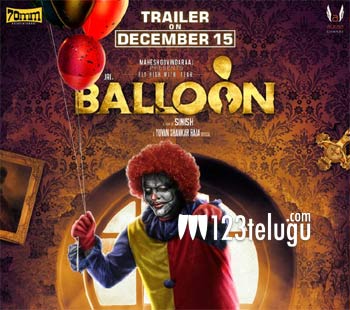 Star actors, Anjali and Jai will soon be seen in a Telugu-Tamil bilingual horror thriller titled Balloon. The film is in its post-production and the promotions of the film are being done on a huge scale.

The latest news is that the trailer of the film will be out on the 15th of this month. Directed by Sinish, this film also has young Telugu hero Raj Tharun in a pivotal role.