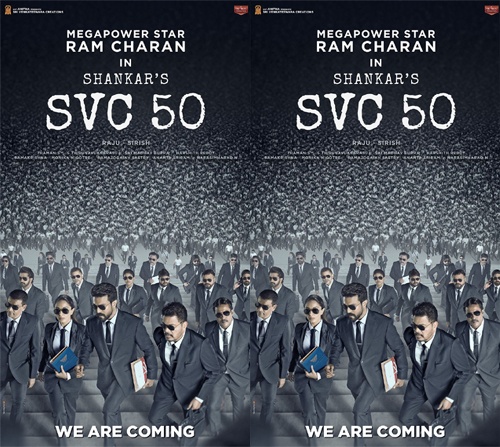 The stage is all set for the grand launch of Tollywood star Ram Charan’s most eagerly awaited pan-India film under star Kollywood director Shankar’s direction. Bollywood beauty Kiara Advani is playing the female lead in the movie. Hotshot producer Dil Raju is bankrolling this project on a massive scale.

This morning, on the occasion of the film’s muhurat ceremony, the makers released a special announcement postal that introduced the film’s core cast and crew members. All dressed in in black suits and goggles, the team makes a striking impression and made all the fans of Shankar and Ram Charan excited about the film’s theme and backdrop.