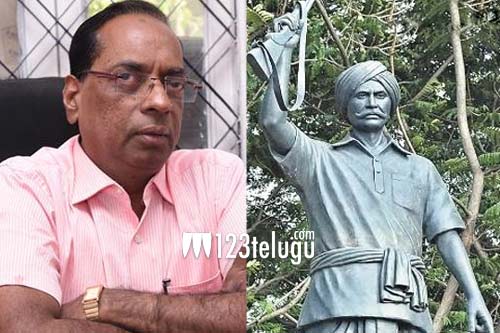 Telangana tribal hero Komaram Bheem’s legacy has been in the spotlight ever since star director Rajamouli announced RRR a couple of years ago. Hero NTR is portraying Komaram Bheem’s role and the Ramaraju for Bheem teaser that was unveiled a couple of days ago has received accolades from all quarters.

Meanwhile, senior Tollywood director Allani Sridhar,who had already made the Nandi Award-winning film, Komaram Bheem, in 1990, has announced that he is planning to make a Hindi film on Komaram Bheem. It will be interesting to see how and when this film will materialize, especially when another big budget magnum opus, RRR, is already in the making.