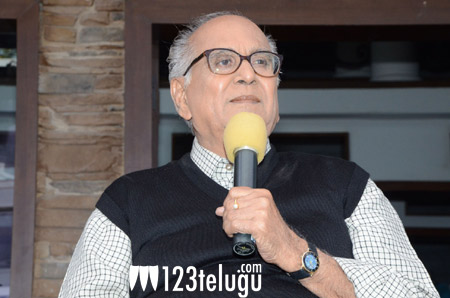 ANR is back in action after a brief gap, just weeks after he was hospitalized where he underwent treatment for stomach cancer. We had earlier reported that he was recovering quite well and now, he has joined the unit of his upcoming film Manam in Hyderabad. Directed by Vikram, the film has ANR, Nagarjuna, Naga Chaitanya, Shriya Saran and Samantha in lead roles.

The film’s first look which was unveiled in September captured everyone’s attention and if the poster is it’s any indication, then it’s certainly looks it’s going to make waves upon its release. The film is said to be shaping up quite well and everyone is really happy with the experience so far. Anup Rubens is scoring the music and P S Vinod is the cinematographer. Nagarjuna himself is producing it under Annapurna Studios banner.