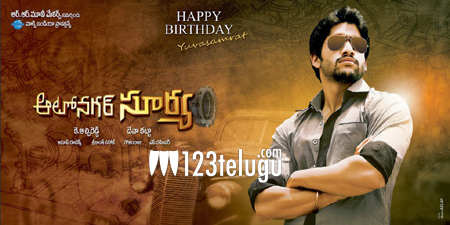 Autonagar Surya has completed final censor formalities yesterday and it has been given an A with no cuts. On Monday, a committee watched the movie and recommended a U/A with cuts.

ANS will now release with an A and a run time of 2hours 37mins, including titles. The film has a few issues remaining and the producers are trying to sort out things so that the film can release on June 27th as expected.

Deva Katta is the director of the film which has Naga Chaitanya and Samantha as the lead pair. R. R. Movie Makers banner has produced the film.