Anubhavinchu Raja is a fun-entertainer says Kashish Khan
Published on Nov 23, 2021 12:34 am IST 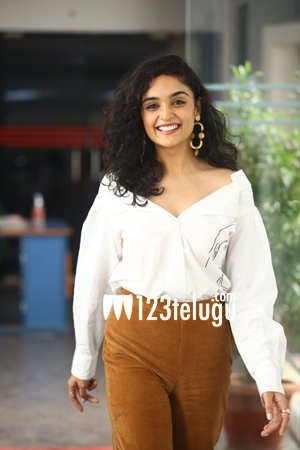 Anubhavinchu Raja is a film that will release soon. Annapurna Studios has produced this film and Kashish Khan is making her debut with this film.

Speaking about her role, Kashish says that she plays a very strong-minded girl in the film and Raj Tharun helped her a lot during the shoot.

Speaking about the film, Kashish says that speaking Telugu was difficult and also getting used to the emotions was a bit difficult.

Adding further, Kashish says that getting launched through Annapurna Studios is a dream come true and she is quite tense about the film’s release.